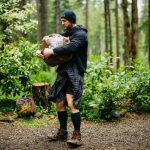 SuperPOWERED for Life: WHY you should train to be explosive

Authentic, explosive power.  This is the one quality of human performance and ability that I think is least understood and undertrained.

Not the kind of power you get from powerlifting or doing countless box jumps for time, but true superhero-like useful power. Imagine being able to pop up off the ground effortlessly, jump over the dog, then sprint across the street to save a neighbor kid from getting hit by a car; now that’s authentic useful power that I want you to have on demand. By the natural qualities of power comes a foundation for all other movement and skill, it’s not the other way around.

Let’s use strength at the base since it’s easier to define and understand for most of us.

A powerlifter can try to move a maximum load quickly, but say he is pulling 500 lbs and it is just below his max of 515, the weight is going to move quite slowly and not be powerful by definition. If he is lifting a weight of 350lbs he can surely move the weight much more quickly and confidently. On the other extreme, imagine he is only lifting 100lbs now, this is now less than 25% of his max effort, so it’s easy to go relatively fast, now that the load is so light. He will likely feel like as soon as he gets going he has to stop trying to stand up with the weight and focus on stopping at the top. Both extremes are ineffective for optimal power training since the raw equation for power is:

or more simply since Work is Force x Distance, then Power= Work/Time

So….. doing work quickly is power.

An easy example is a person who can chop 5 pieces of wood in 10 seconds is more powerful than a person who takes 60 seconds to chop the same wood, provided that the logs, ax, and a person’s skill/experience levels are equal. So, really, who would not want to be powerful? It’s like saying to an adult, “how would you like to be more energetic or more attractive”?? I think it’s safe to say the answer would be an enthusiastic and obvious YES! So how do we do this?  All you need is a base of power or I like to think about it as a “power reserve” or an “on demand” turbo button to live our best lives. On the simplest level, we need a boost of power to simply get out of a chair or catch ourselves from falling off a curb, or if we do fall off of a curb, we have the ability to react quickly to avoid injury. We just have that in our reserve until it’s too late in life and we’ve lost it.  Power is not just sprinting fast or jumping high, it’s also the ability to absorb and “recoil” or redistribute forces quickly so that we become an optimal athletic, resilient human. It’s a superpower that you may not even realize you have or what you are missing if you don’t train it!

Another fun way that I like to look at power is like the turbo button that you get to push on a video game. Remember the arcade game “Off Road” or really any of the racing games back in your youth? Well, it’s essentially a racing game that requires skills to race around the track, then you get to buy upgraded parts for your truck with your winnings. You can buy suspension and tires (which are equivalent to training your stability muscles and core, as we at OSI call it “reflexive strength”), you can buy a bigger engine (which is strength and some power too), then you get to buy acceleration and turbos (which is the true POWER) then it comes down to how quick you can be and still use your skills to maneuver around obstacles, and then avoid crashing into other cars which allows you to win the game. I must say, I remember proudly winning the championship circuit on many occasions in my childhood, but in the game, and in life, I had to “invest” in all of the areas of the truck hardware to be successful. Imagine driving a heavy muscle car from the late 60’s around the track without good brakes or on bald tires; not a good idea, right? Without control and skill, the power was reckless and short lived, as I learned the hard way in the game, and also in life, as an athlete and immature driver too.

I was a naturally powerful kid. I was a sprinter, pitcher and high jumper, so “twitchy”, with short bursts of power and speed being my favorite. Although, like many kids without solid coaching, I failed to spend time balancing out my training with drills, strength training, and then doing the technical work necessary to avoid overuse injuries and also have the optimal foundation for power production. Like in the video game analogy, I was too much engine and not enough suspension. I was burned out and injured by the time I was 15! It wasn’t until I overhauled my training, studied profusely, and swallowed my pride, that I got my body back on track in my 20’s.

Now at 42, I live pain-free and continue to compete as a World Champion power athlete in the Scottish Highland games, while playing hard and enjoying my favorite power based activities like snowboarding. I’ve even had a lifetime best in the classic tests of power- the vertical jump of 36 inches, along with setting a world record in the weight over bar event with a 42lb weight at 38 years old.

As kids we all develop a certain level of innate power provided when we play hard, and achieve a healthy body weight. Kids naturally jump, bound, sprint, etc. as you probably already know, but we generally stop doing this as soon as we start to grow up and be too cool or mature to just “play” like a kid and/or we stop playing fast paced sports, and often become yogis, runners, hikers, or choose slower-paced activities.

There isn’t anything wrong with choosing slower-paced activities, except for the fact that power is a perishable skill, and rent is due at least weekly on some level to keep up those skills in the form of playing or training powerfully. We need to train for power, it’s really use it or lose it situation. Life isn’t fair, and power is unfortunately the quality that goes first as we age.

How many Olympic sprinters do you see over the age of 30?

The good news is that if you haven’t trained for power lately, or even better if you have never trained for the true explosive power that we are discussing here, this will be a game changer for you. Just simply reclaiming your ability to sprint or jump is such an amazing feeling.

In our next article we will discuss the benefits of jumping, sprinting, and throwing specifically too. Hint: It’s quite easy and safe to start adding elements of power to your training right now!

They say “only the strong shall survive”, but in many cases the fastest and most powerful could be the one to survive if you are able to outrun a predator, or at least outrun your buddy, or be the quickest one to catch the prey – this is especially true in the animal kingdom! We also know this to be true in modern sports. So as long as essential skills are there, the athlete that is the quickest usually wins. Just think of American football or basketball. You could easily say the power is the king of the wild and on the field.

Power up your Training

Specific exercises that are effective and appropriate to be trained with the above guidelines for those who are injury free with a decent base of strength (as little as 1 month of consistent strength training and able to squat with at least ¾ of your bodyweight loaded on a barbell, or the equivalent weight for a sandbag or 2 kettlebells and be able to perform at least 5 strict push ups):

In Part 2 of this series on explosive power we will look more in-depth at the “how’s” and give you some examples of ways you can add power to your training and ultimately your life.

Power up your training with the Crashproof Program

This popular program provides you with a done-for-you “desert island” plan that you can do just about anywhere in 15-20 minutes, 3 times a week with minimal equipment. 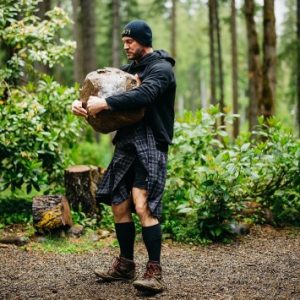